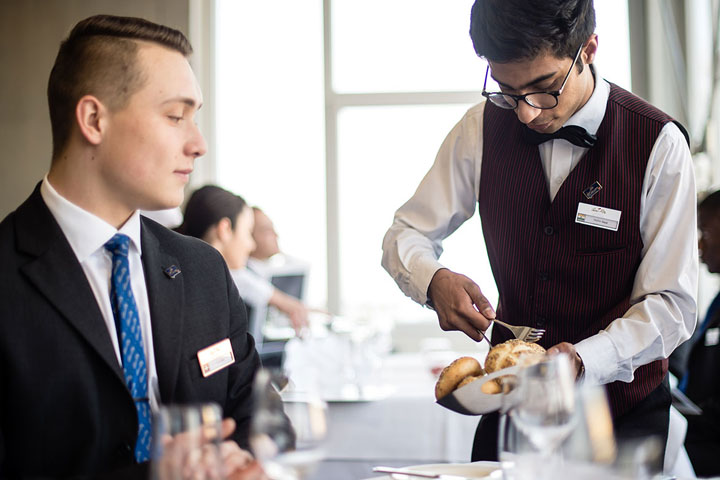 Are foreigners really taking our jobs or are we taking theirs?

Today it seems the ever popular mantra is foreigners are taking our jobs. It is heard in every first world city and news headline and this fear has helped bring about historical events such as Brexit in the UK and the election of Trump in the US. However since I have moved to Singapore and started travelling the region, I have been surprised by the number of white people working in low end jobs in southeast Asia. Whilst we let the first world governments stir up emotions and convince us that foreigners are bad, it seems we also feel entitled to exploit the cheap prices and available opportunities of the very countries whose nationals we want to kick out. But is it really bad to steal jobs, or is the movement of people better for everyone?

Personally I think the concept that foreigners can steal jobs is ludicrous. Firstly, and for very selfish reasons, I have loved the experience of living and working abroad myself. I am originally from Australia but I have spent considerable time living and working in the UK and Singapore. I want to exist in a world where anyone able and willing has the freedom to go as they please. However more seriously, immigration is requisite to any international hub that wants to develop and remain competitively advantaged. I mean let’s face it, the majority of people who move abroad are either well educated and have the finances to make such a move, or otherwise are extremely motivated and willing to work hard to achieve their goals. Moving countries is no easy feat and not for the faint hearted. These type of profiles contribute positively to a growing economy. The so called foreigners people are scared of that scrounge off government benefits or are unable to work would form the minority. As a foreigner in London I still sold my old clothes at the local market to make a buck!

Let’s take London as an example. London was a shipping and mercantile capital for many years and today is the world’s financial centre. The success of London is founded on the diverse talents, contributions and labour of its local and migrant population. The neighbourhood of the East End of London has never been homogenous and has always thrived on its foreign residents. During the late 1600s and early 1700s, more than 40,000 French Huguenots fled persecution from France and settled in East End neighbourhoods including Spitalfields. Whilst there was already a prominent silk trade at the time, the French Huguenots bought their textile manufacturing and business skills ago turn Spitalfields into a weaving town.

The next large scale wave of migrants to the area were the Irish. Due to famine and lack of jobs in Ireland in the 18th century, many Irish families came to England in order to travel to the USA but ended up staying. The Irish men living in the East End took on unwanted labour intensive jobs including working on the canals, railways and docks. They also contributed to the arts with Irish comedians, singers and musicians performing at local theatres and music halls.

In the late 19th century, the East End became home to many Jewish migrants escaping persecution in Russia as well as economic hardship in Eastern Europe. It took a longer time for the Jewish population to integrate into society, but in the East End they created a close knit community and established a number of synagogues and setup businesses selling bagels, herring and Jewish foods. Because of their inability to work on the sabbath, the Jewish also employed Shiksahs (gentile females), which had a positive impact on the local economy. Jewish performers also contributed to the local arts.

Next were the Bangladeshi settlers. Many came to the UK during the mid-1900s to find better employment opportunities and they worked very hard to help build modern infrastructure in London and in service roles. Thanks to the community that made the East End their home, Brick Lane became a vibrant street of curry houses and weekend markets selling fruits, vegetables, meat and fish. Curry is now the favourite national dish of the UK!

Moving into the 2000s, the East End is attracting many artistic and entrepreneurial international settlers due to the rise of start up businesses in Shoreditch. The East End is a major tourist attraction as well, where visitors are amazed at the rich history of the area where they can still see some of the old weaving houses with skylights built by the French Huguenots as well as marvel at the old Synagogue sitting side-by-side to the famous mosque on Fieldgate Street. Singapore, who desires to be THE economic hub of Asia, is another country battling with the tide of local discontentment against foreigners. As a young country thats principal industries were shipping, oil and financial services, all of which have seen their hey day, it is now trying to transform itself into a tech capital offering attractive tax incentives for businesses and entrepreneurs to setup. Just one problem, if you want to encourage foreign investment but discourage foreign skill and expertise, exactly how are you going to prosper? Singapore is a small and nascent country with a population of only 5 million people and it is still developing its local talent pool and education systems. Shenzhen in China is in direct competition to Singapore. Shenzhen began rebranding itself as a tech hub years ago, has built all the necessary infrastructure, offers low operating costs, and Shenzhen can tap into a local population of over 1 billion as well as foreign talent. Does Singapore have what it takes to be the hub of Asia?

I was really struck and for the first time aggrieved by the concept of foreigners stealing jobs when I travelled to Luang Prabang last year. Laos is a very poor country. Despite having one of the fastest growing GDP in Asia, the average salary in the capital is USD$231 per month and the majority of the country’s population live in poor conditions compared to neighbouring countries. Hot water, flushing toilets, electricity, cars and even basics such as warm clothing and bedding are considered luxuries. I experienced living in these humble conditions myself when I spent a week travelling throughout the northwest of Laos. So I was shocked to see a number of white Europeans working in bars, restaurants and guesthouses from Luang Prabang all the way to the muddy village of Muang Ngoi. If there was a case to be made for such jobs to go to the locals than this is certainly it! It is not as if they are even well paid jobs. I saw one advertisement quoting free board and food for a bar manager position in Luang Prabang, no salary. I also witnessed a young white guy working for a guesthouse in the remote village of Muang Ngoy. A job advertisement aimed at foreigners in Luang Prabang

But then I went back and questioned the basic principles of immigration. I considered, maybe these European managers do help to impart skills to the local people? In any case, they tend to be transient workers who move on after a short period of time. As I reflected on my experiences travelling Laos, I needed to admit that the local people were very friendly but not very commercial. At most of the cafes and restaurants I went to, service was non existent. I found that I needed to go out of my way to attract attention and staff never up-sold (i.e. would you like fries with that?). Numerous times I also had to correct the bill as I had been undercharged. In comparison to Thailand, it felt like the hospitality industry could be a lot more lucrative with some skill and strategy given the increasing number of tourists visiting Laos. So perhaps these European managers will have that positive influence… or perhaps I am merely looking for excuses to justify a world with no borders. My favourite cafe in Nong Khiaw in Laos consistently undercharged me

Laos is certainly not unique to the concept of white managers in senior roles. I have also observed it when staying at plush hotels in Malaysia and Indonesia. The role of the white manager in hospitality is to greet the customer on arrival, explain the menu or services on offer, and then ask the local person to do all the work. When I visited Ipoh in Malaysia, the older white manager spent 15 minutes greeting us at the beginning of our stay. We then saw the manager from time to time during our visit and he always made a point to come up and ask us ‘is everything okay’? It seemed like a pretty easy job but personally, I’m not sure if his presence made any difference as to whether I would or would not stay at that hotel. Going back to the example of Singapore, most Managing Directors and company CEOs tend to be foreign expats. The government argument has always been that foreign senior talent will develop local employees so they can become the future leaders of the country. But when is it going to happen? It seems locals are growing tired with waiting for the promised transfer of skills, they have started pressuring the government to stop the flow of foreigners. It is harder than ever to obtain a work permit in Singapore.

What do you think, in this day and age as borders become fainter due to better access to technology and education, does it matter who is doing what job?