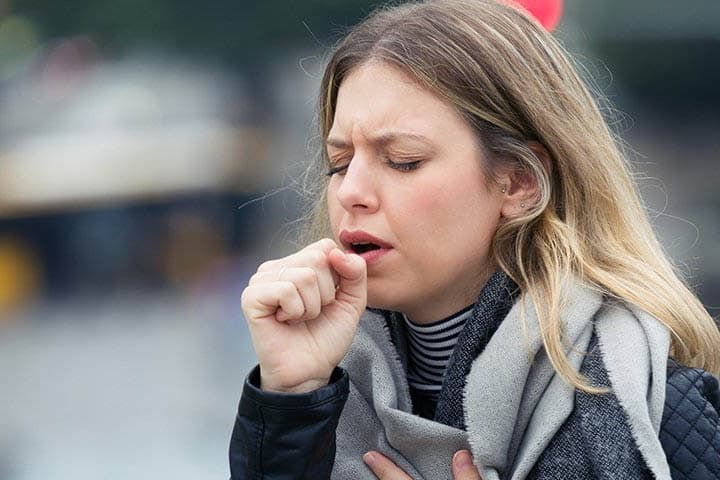 I’m getting sick of the Coronavirus! Living in Singapore here is why…

Before I begin my rant on why the coronavirus is stupid and ruining my life, let me first applaud the Singapore government. Lee Hsien Loong is doing a great job at keeping the virus at bay. Here, in Singers, we are one of the only international hubs to record zero coronavirus deaths so far *applaud here* and that’s not because the government is sweeping facts under the carpet. But, more on that later.

I still remember when the coronavirus outbreak started. I am living in Singapore, and I was having a conference call with a colleague in China, just before Chinese New Year. She confided she was terrified at the thought of taking a crowded train home because there was a strange new flu going around.

By early February, the main topic of conversation at work was Wuhan virus. That’s what we were calling it until the Chinese government got really pissed and orchestrated a rebrand. Around about this time, Singapore declared a code orange and we had our first wave of panic-buying at the supermarkets. I talked about it in my earlier blog.

So, with the virus outbreak as the backdrop, I designed the following wedding invitation. Little did I know that things were about to get worse!

Pretty cool, hey? I drew me and hubby (plus our cats!) in traditional kimonos, replete with face mask, and with a view of Mount Fuji in the background. You may recognise my kitty Mochi, as I featured the same illustration in the Misty and Mochi logo on my other blog site.

I was supposed to be having my dream wedding at Asakusa temple in Tokyo in April. That was until coronavirus madness took over and borders began clamping as tight as clams. By 19 March, there were over 200,000 cases of infection globally and the majority of first-world nations had imposed the strictest of border control measures in modern history.

As of now, Singapore is advising all locals and residents against any non-essential travel. If you are a foreigner, like me, on a work permit in Singapore then reentering the country is troublesome. Your employer must apply to the government for permission 10 days in advance of you boarding the flight. Once you land, you are then required to stay at home for 14 days at a registered address (you cannot leave under any circumstances) and submit regular temperature readings. If you have returned from China, Italy, Iran or South Korea, you will be quarantined at an external facility for the 14 day period.

In other words, I’m not going anywhere. Wedding – cancelled! I will not get to wear the orange coloured kimono I picked out. Boohoo.

Funny enough, Japan is one of the few first-world countries not to strictly protect its borders to contain the infection. We could go to Tokyo if we wanted, but we’d be stuck there. In fact, things are pretty much business as usual in good ol’ Japan. President Abe announced just the other day that as far as he was concerned, the summer Olympics in Tokyo would be going ahead hunky-dory.

You see, Japan has an ageing economy. The average citizen is a burden on the economy so they are desperately reliant on the money tourists bring (especially the Chinese). That’s why even during the initial outbreak, Japan still continued to welcome Chinese visitors by the planeful provided they were not from Wuhan. So why has Japan only reported a low figure of 950 cases despite such recklessness? That’s because they are not conducting proper testing. The figure is most definitely higher.

This attitude is not helpful for me trying to get a refund on my wedding plans. The wedding agency, Wakon Style cannot understand why on earth we have cancelled and they have given us two options: either pay the entire wedding cost in full or pay $1,000 to reschedule. Their lack of compassion is disappointing, to say the least. We are on the brink of world war three! The decision to postpone is completely out of our control. Why are we footing the bill for the impending economic meltdown? That should be a government responsibility.

Dawn of a New Era

Enough about me. Things are bad for all of us. The scariest thing of all is the lack of healthy public debate as surveillance increases in Europe where personal freedoms are being curtailed. I’m not complaining as it doesn’t affect me. But, I am surprised that so many top-down restrictions have been put in place without a democratic vote.

France was once the most stuck-up nation; always boasting to the rest of us about how they invented freedom, fraternity, and all that crap. Well, they can stick a breadstick up their nose these days! France is now reduced to a police state.

If you live in France now, you are not allowed to leave your house without proper documentation outlining a valid reason why. The fine for failing this is Euros135. Schools, cafes, restaurants and shops selling non-essential items have closed down, and borders have slammed shut.

Sorry to pick on France. Actually, most European countries have employed similar tactics. Spain even uses drones! I am not arguing against such measures. But how can you not be shocked by how quickly they were adopted and with little to no protest, debate or vote. In the UK, where measures have not been as strict, people have accused the government of negligence, begging them to take away their freedoms. It is sad to watch the once aspirational EU start to crumble, and right on the heels of Brexit!

Such draconian measures have triggered the start of a new recession. Now, I am not judging whether the coronavirus fatalities outweigh the livelihoods of potentially millions of workers. But, at least in Asia, we are a bit more honest about the whole thing. We don’t pretend to be hardcore liberals. We accept the fist of the powers that be, and we can mobilise quickly. China particularly has been impressive in containment. Now, the question on everyone’s lips is whether they will pay reparations.

One unique aspect I have learned about Asian culture since living in Singapore is that your health is not considered private or personal information. That is so European. For instance, let’s say you go to see a doctor and they prescribe you some medication. Afterwards, when you collect the prescription and pay the bill, the receptionist will loudly recite the name of the medication as well as its application, so everyone else can hear. Likewise, if you are having a health test (even an STD check!) don’t be surprised if the receptionist plonks down the report on the open counter. Hopefully, the patient who is next in the queue doesn’t take a sneaky look. We live in close quarters these days, so the health of one affects many. The idea that it should be private is ridiculous.

Since the coronavirus, we routinely provide our temperature along with personal identification, to various buildings and shops as part of health monitoring. Information on cases of infection is transparently shared. Yesterday, Channel News Asia shared the following information.

Is it too much information? Well, it depends on how it is being used. If it is being used to help contain the spread of infection and keep people safe, then that is a good thing. But, if individuals use the information to bully people or spread gossip, then that is not cool. Fortunately, the Singapore government stamps out all rumours as per the notice below on the Ministery of Health website. I value their no-nonsense approach. Listen up and learn, Trump!

At the end of the day, this is what I discovered living in Singapore. The country has remained true to its core values and is doing a fine job at stepping up to the plate during times of crisis. Japan, meanwhile, is doing a lousy job. Especially because they won’t refund my wedding arrangements! If religious gatherings were not doing so much damage right now… I would have ended with the note, let us pray for better times.