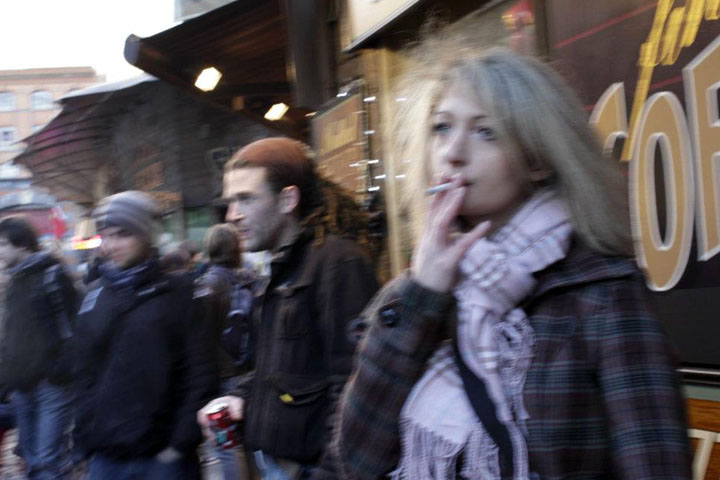 An amazing career that started with a shitty cup of coffee

“Thank you, and by the way your coffee tastes like shit.” That was the line that got me my first real job in London. I spent my formative years working in hospitality. During my early 20’s in Sydney I was waiting tables in Darling Harbour. The money was good and I have fond memories of drinking the dregs from leftover bottles of wine, whilst smoking cigarettes and polishing cutlery at the end of a busy shift.

One balmy February we were drinking Semillon and counting our tips when one of the older waiters beckoned me. Frank was a stocky chap in his early 50’s who fanatically saved his tips so he could buy his Asian wife a Louis Vuitton bag for Christmas each year. Frank said to me “I know you all laugh at me, but believe me I wasn’t always slumming it here. When I was young, I worked at the finest establishments in London. I wore a waistcoat and white gloves and I was earning the big bucks.”

Visions of elegant ladies, posh doormen and expensive bars came to my mind and within two weeks I had bought a one way ticket to London to seek my fortune.

It did not take me long to realise that waiting tables in London was not all it was cracked up to be. It was 2009, the start of the financial crisis, and I was working at an American diner in Knightsbridge earning minimum wage. Diners rarely tipped and we were forbidden from consuming any customer leftovers (including wine).

Nonetheless we were a close knit team. After every shift we went to St. George’s Tavern for cheap pints, to complain about our cow of a manager and strategise how to get out of hospitality.

Hospitality workers in London are obsessed about getting an office job. That was the dream. Nobody knew quite what you do in an office but the idea of wearing a blazer and commuting to the City was irresistible. Hanging out in Camden Town in London in 2009

I was living at a hostel in Kensal Green back then and the thought of earning more money was even more compelling. My room had 8 bunkbeds with a shower cubicle in the middle. After a month of chaining my personal belongings to the foot of the bed I learned that I missed those creature comforts only money could buy.

A South African guy named Brendon was one of the more interesting characters living at the hostel then. He always wore singlet tops and thongs, despite the nippy whether, and told obnoxious stories at the breakfast table. One morning he announced that he was moving up in the world and would be leaving the hostel to start a lucrative job as a Project Coordinator in Paris.

“How did you get that job?” I asked him.

“Confidence. Europe is all about free thinking and that kind of crap. If you go to an interview you have to show ’em ya not afraid to speak ya mind.”

“Tell ’em their coffee is shit. They will respect ya all the more for saying it.”

A few days later I was invited to interview with REED for a position as a Recruitment Consultant. I turned up at the appointed time dressed sharply in a crisp blue shirt and black slacks, armed with my new found knowledge. The interviewer was a very British-seeming gentleman with a shiny bald head, bushy moustache and elegant accent. He invited me to sit down and offered me a cup of tea.

“Um… actually, do you have coffee?”

“No love, we are all tea drinkers here. Can I make you a cuppa?”

“I hope you don’t mind but I’m a traditionalist. I put the milk in first before the hot water.”

We went on to have a lovely interview and I learned more about the company culture as well as the interviewers penchant for potpourri. At the end of the interview I wrapped things up by thanking him for his time and saying that it was unfortunate his tea was “shite”. It did not go down well…

Later that night down at the pub, I was telling everyone about my misadventure. The wine was flowing and half the bar was crowded around me and having a laugh. A senior managing director happened to overhear my tale and approached me.

“I admire your spirit. I need more daring people like you in my company. Come and work as my executive assistant.”

And that was how I got my first real job in London. Now what that job constituted is a story for another time.

If you want to find your TRUE CALLING, take the career personality quiz.