I went to Bintan for the first time recently and while the sightseeing was good, my culinary experiences at Kelong Ciuyong were the most remarkable. But to begin with, I do hope I have got the name of this place right. The signpost outside the restaurant reads “Welcome to RM Ballond ALIM Seafood” but the menu header reads “Kelong Ciuyong Seafood Restaurant.” Whatever the place is called, it really is one of the best seafood dining experiences in Southeast Asia and is fantastic value for money.

What sets Kelong Ciuyong apart from a plethora of other seafood restaurants in Indonesia, Singapore and, well, basically the whole world, is that the seafood is actually fresh. That is a real novelty these days! What with the politics of fishing and the business of packing and distribution, it’s hard to taste fresh seafood even in a bloody fish market. There are a number of local fishing villages around Bintan island that are mostly controlled by the Chinese. Most of what is caught in Bintan makes its way to Singapore and China, nonetheless some of the freshly caught stuff still makes its way to this humble establishment. 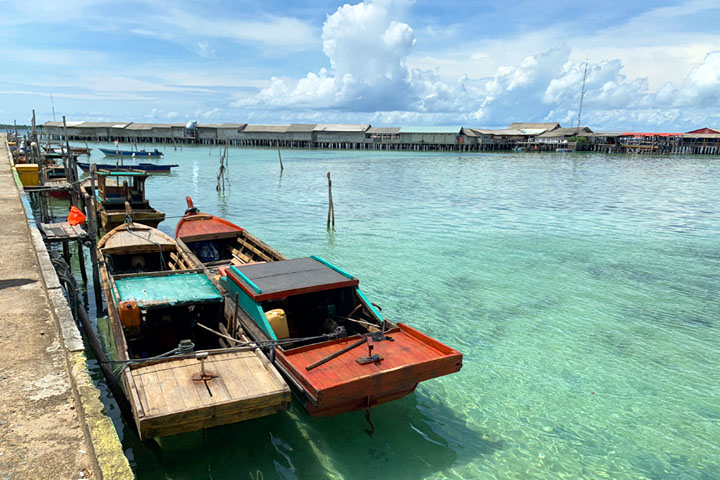 Kelong Ciuyong is located in the middle of the island, a fair distance away from the resorts, close to Bintan mountain. We were fortunate to discover it because we had lunch here as part of a package tour we signed-up for to hike Gunung Bintan. After the hike, we sat down and were immediately greeted by welcoming staff with fresh coconut to quench our thirst. The restaurant is right on the lake, surrounded by a lot of greenery as well as cool breezes.

It’s been so long since I enjoyed fresh seafood, the salty flavours and succulent, fishy flesh really took me aback. The highlight of the meal were the plump, fresh crabs. We had one medium-sized crab each and they had a lot more juicy meat than what I’m used. Crab is always hard work to eat, but these were totally worth it. 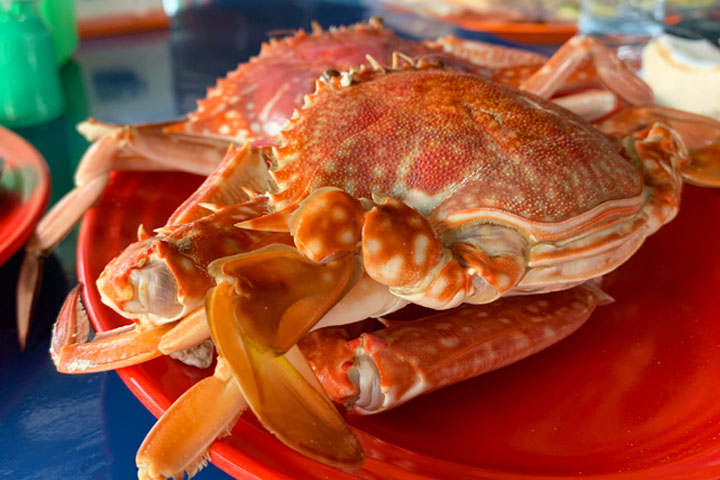 The king prawns in chilli jam were also a treat. They were served still in the shell, smothered in a zesty, glutinous chilli sauce with plenty of chives and sliced onion mixed in. The sauce was so addictive, we really got stuck in, carefully licking off all the chilli jam on each prawn before using our nails to rip off the head and unwrap the shell. Our efforts were rewarded with succulent and juicy prawn meat. 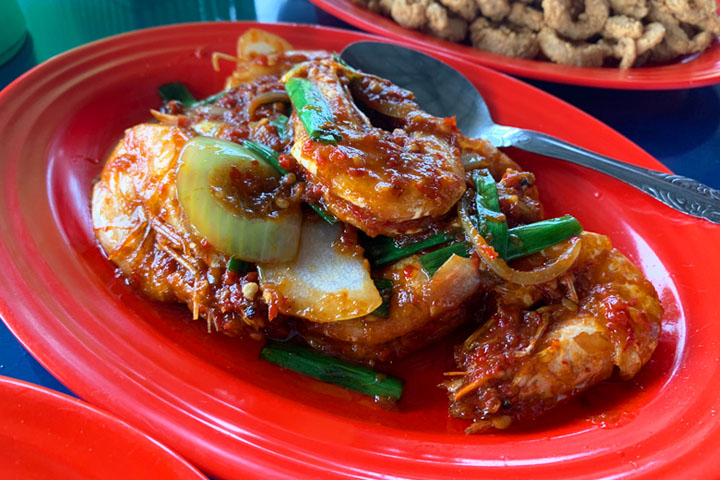 We were also served some deep-fried calamari rings, lightly stir-fried greens with octopus and baby prawns, Chinese greens in soy sauce, and a soft omelette with tomato relish. Everything was so tasty, we devoured the meal very quickly! 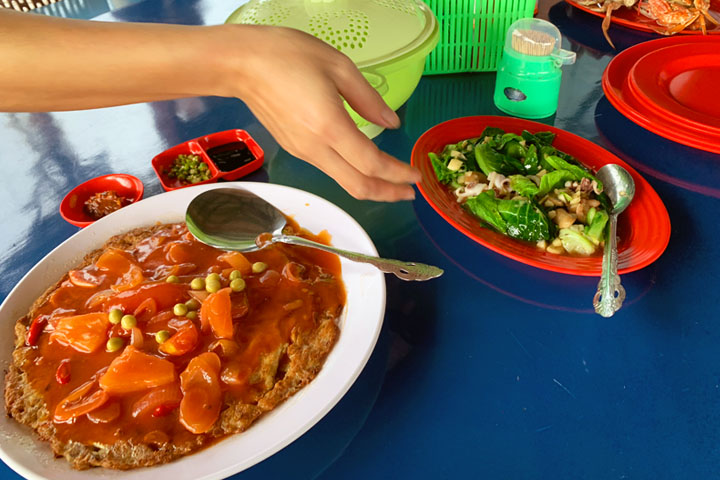 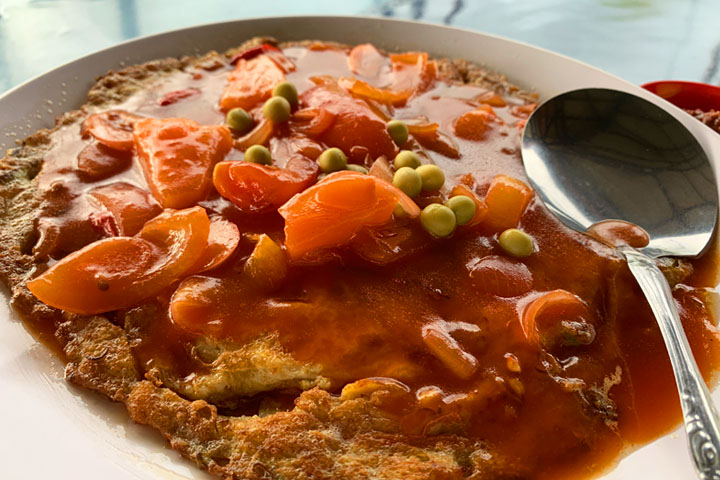 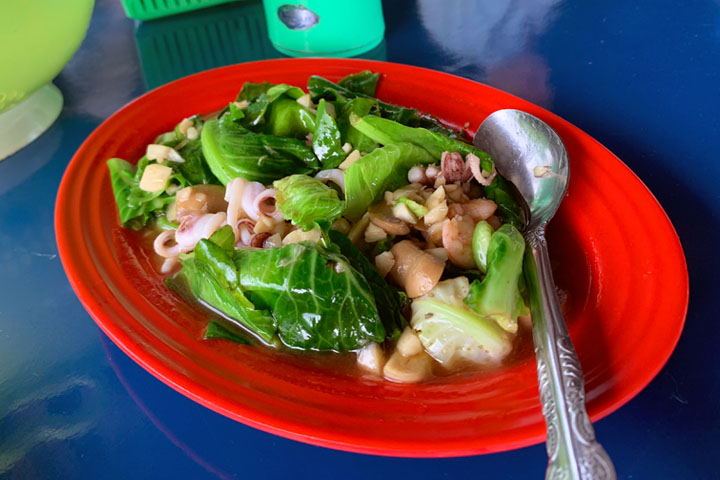 We came back here the following day to sample some of their other seafood delights. It was a Sunday and the place was crowded with many local families as well as a few tourists from Singapore. While on the previous occasion, our food was ordered for us as part of a special deal, this time we could choose what we wanted from the ala carte menu.

The menu is fairly extensive although seafood focused. It featured fish, crab, calamari, prawn and lobster cooked in a plethora of ways. Because the crab was so good the last time, we ordered it again this time served sambal egg style. The flesh of the crab was just as meaty and succulent but this time coated in a thick, jam-like sambal sauce that had plenty of spice and a slightly sweet aftertaste. I could not detect any egg in the dish! 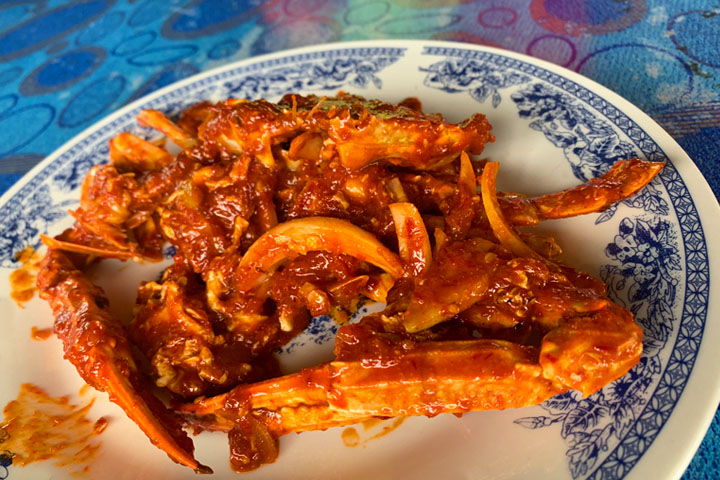 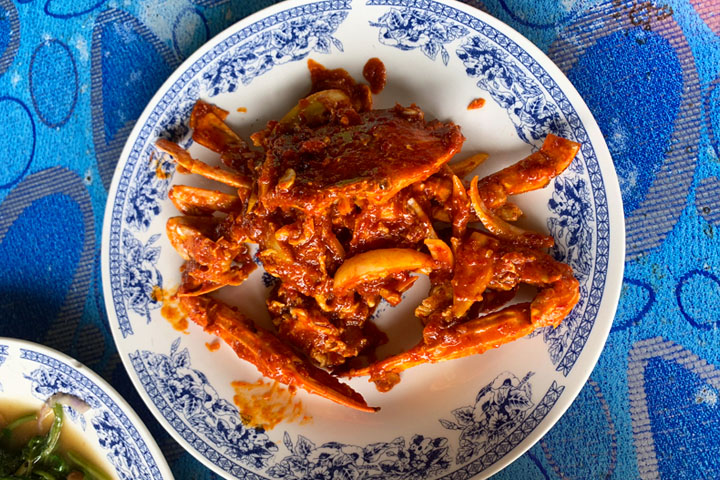 We also ordered the curry prawn, which was the absolute highlight. It was served in a large ceramic pot in a mild yet fragrant and creamy curry soup with vermicelli and prawns. The dish was to die for!! The curry soup on it’s own was just fabulous, we slurped down bowl after the bowl. The prawns were just as big and fat as we experienced the day before. 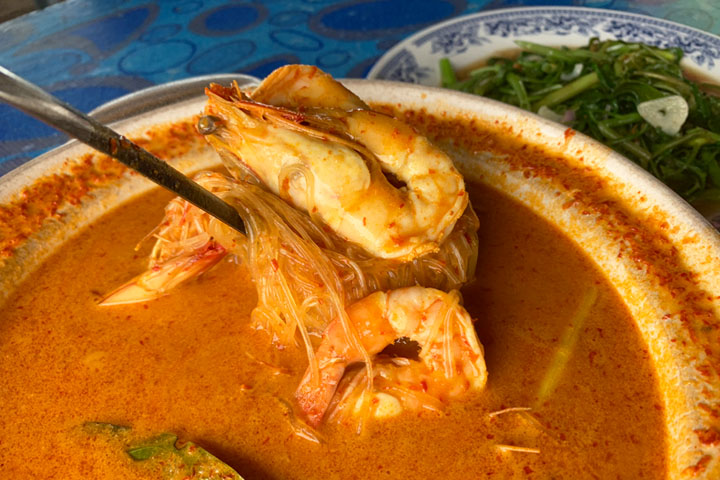 We also ordered an oyster omelette and some vegetable. There was a lot of food and the bill came to around $50, which is incredible value for deliciously cooked and fresh seafood. We at quickly and hungrily, and scraped our plates clean! 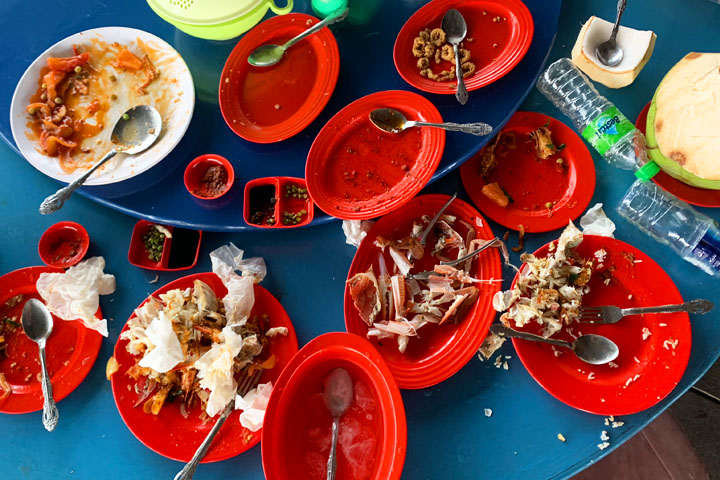 It is worth making the day trip to Bintan just for the tasty seafood at Kelong Ciuyong restaurant. Indulge in the fresh, fleshy crabs and curry prawns after a hike up Gunung Bintan. Highly recommended!

Flossie on the Gram

This is what I call a good brekkie, perfect haw ha

Another stunning day out at Arab Street #arabstree

Oil drenched and fried parsnips ~ they are good fo

Carrot cake with egg and chilli for brekkie #chowr

George Town, one of the prettiest cities I have vi

We enjoyed a beautiful afternoon exploring the tro

Back in Penang, missing the char kway teow ❤️

Sound check? Yes! We are currently rehearsing for

Farrer Park residents get in queue after a new del

Happy birthday to me! I am enjoying a refreshing A

Let’s start this new year right with a cold Valr

This is the BEST hor fun I’ve ever had, in my li

Not my favourite but not too bad.. Citadelle is in